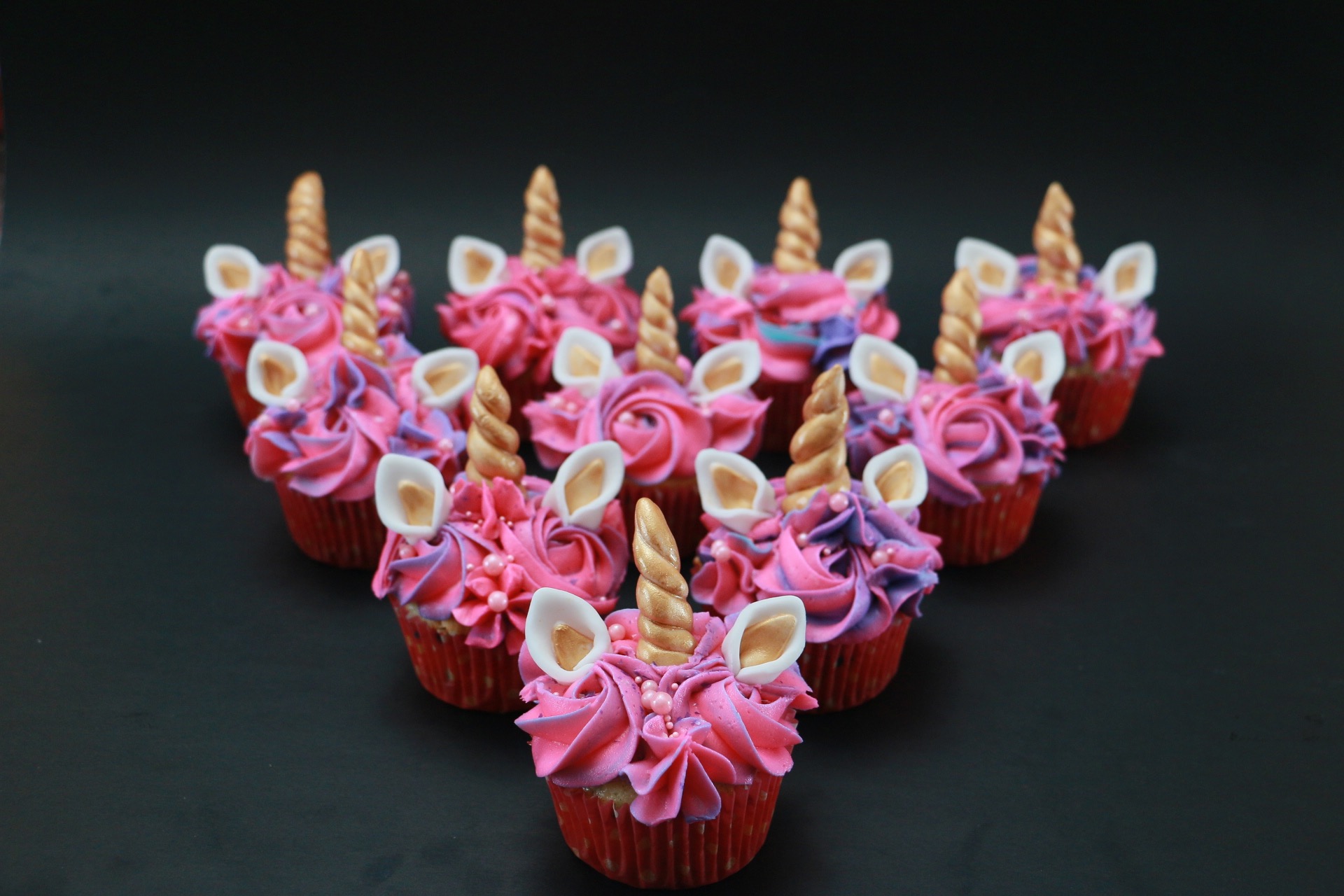 Double Unicorns in the 6ix

I’ve always been a fan of unicorns, the brightness and the happiness that they bring. I find them so enjoyable to create, leaving them different from one another. I had received an order for a dozen unicorn cupcakes which was exciting I was already excited to make these. Flavor? Vanilla Confetti! Of course, it’s the perfect added unicorn touch. The client had asked for pink to be incorporated and to have fun with them. With them not due for just over a week I was looking forward to the day.

So the week is finally coming closer to the due date and its two days before, I receive yet another unicorn cupcake order and get this… On the same day. This order the client asked for a dozen vanilla confetti, which I giggled to myself, and also a dozen red velvet instead of pink my client asked if I could incorporate purple into them and again to have fun. Wow!! 2 unicorn cupcake orders due on the same day, I was so excited and nervous the same time. 36 unicorns… Yikes.

Bake day has finally come, I needed 24 vanilla confetti and 12 red velvet cupcakes. As those were baking, I started to make the horns and ears, haha you don’t realize how many ears you need until your at 36 and realized you need 36 more. I must say tho; I love making unicorns. I had my pink order all finished and ready for the client who was coming to pick up in Oakville, and I began to finish up the purple order which I would be delivering to downtown Toronto. My client arrived and picked up the pink order, happy as ever she left with smiles on her face and excited to surprise her friend with them. With one order done and gone, I finished up the second order and hit the road to get them to my client during rush hour and off to the city I went with 24 unicorns in my truck.

The unicorns and I made it downtown safely, and yet again left a client happy and excited to also surprise her friend with them. 36 unicorns made fresh, decorated and delivered leaving me with a smile on my face knowing I had the opportunity to create birthday desserts, and everyone was happy. As always I look forward seeing pictures and videos on social media or sent personally to me. However, this story would take a turn and make me literally laugh out loud. Those two orders ended up at the SAME party!!! One order received in Oakville, a week in advance and picked up, and the second order received in Toronto, two days before the deadline and delivered. What are the odds of that! Not only did I have a lot of fun and laughter thru out these orders it seriously had such a happy ending. That’s not all!! The birthday girl who received the unicorn love, well she happened to be a fan of mine for a bit now, and it was literally the icing on the cupcake.

The beginning of a journey